The Modeling Collaboratory for Subduction of the SZ4D initiative

The Modeling Collaboratory for Subduction (MCS) is one component of the Subduction Zones in Four Dimensions (SZ4D) initiative, which aims to advance understanding of subduction zone hazards through new instrument deployments, geophysical measurements, geologic field studies, experiments, and cross-cutting modeling. The MCS was tasked with parsing the ambitious plans for a new kind of data-integrative, physics-based modeling approach for process-level hypothesis testing as envisioned in the original 2017 SZ4D report. Through a series of workshops and town hall events, the community has identified priority areas for model and open-source community code development and complementary activities that are needed to answer the motivating science questions (see the MCS workshop reports, Figure 1). Also highlighted was the need for model verification and validation through community benchmark exercises as well as training through hackathons and tutorials. MCS will be developing the next generation of models and software using modern computational infrastructure advancing both computational and solid Earth geoscience while complementing, guiding, and interpreting SZ4D instrumental efforts. The MCS is envisioned as supporting both sustained PI-driven model development and community building through thematic working groups or community models. Next to capacity building and access to leading-edge computing, modeling specifically provides opportunity for inclusive and equitable community building for subduction zone science. Here we provide two recent examples of the many proposed activities.

One community modeling activity, Drivers of Volcanic Deformation (DVD), has already begun with support from NSF research coordination networks CONVERSE/MCS and the IAVCEI geodesy commission. The DVD effort focuses on verification and validation of forward and inverse deformation models used to interpret volcano deformation observations and understand how magma is transported and erupted. This will be accomplished through community benchmark problems that will be solved by modelers, with results compared using a web interface to access and visualize model outputs. Initial exercises include the forward calculation of surface displacements from idealized magma chambers in an elastic half-space (Figure 2) as well as the inverse problem of determining properties of a spherical source in an elastic half-space from synthetic GNSS and/or InSAR type deformation data.

As a second example, we highlight the role of integrative modeling in answering science question 4 from the Faulting & Earthquake Cycles working group: Under what physical conditions and by what processes will rapid slip during an earthquake displace the seafloor and increase the likelihood of generating a significant tsunami? This question focuses attention on the shallow toe of the subduction zone, where plate convergence is most likely accommodated through a combination of seismic and/or aseismic slip on one or more faults and shortening through sediment compaction, folding, and related inelastic deformation processes. Tsunami generation can occur due to the elastic response to localized megathrust and splay fault slip, distributed coseismic inelastic deformation (assuming sediments can yield under high strain rate loading), and submarine landslides. The MCS is tasked with developing models and codes that capture these coseismic timescale processes, together with longer timescale loading, deformation, and fluid transport processes that govern the structure, geometry, stress, and pore fluid pressure distribution that control the occurrence of earthquakes and tsunamis. These models must be integrated with experimental constraints on sediment rheology and rock friction, geologic constraints on fault zone structure and deformation mechanisms in analogous exhumed systems, geomorphic constraints on fault activity and submarine landslides from seafloor bathymetry, geophysical imaging, and data from offshore instrument arrays. 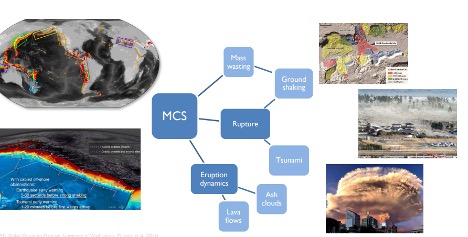 Figure 1. Examples of hazard models to be developed by the SZ4D-MCS effort to guide interpretation of data, test hypotheses, and answer the motivating science questions. 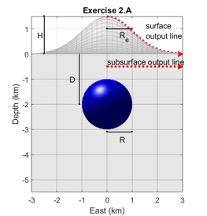 Figure 2. Model verification exercise 2.A from the Drivers of Volcanic Deformation effort. Advancing understanding of magma transport in the crust, storage and pressurization in reservoirs, and eruption requires data interpretation using models and codes that have been rigorously tested.