You are here: Home / Resources / Software: Download / SPECFEM3D_GEOTECH / About 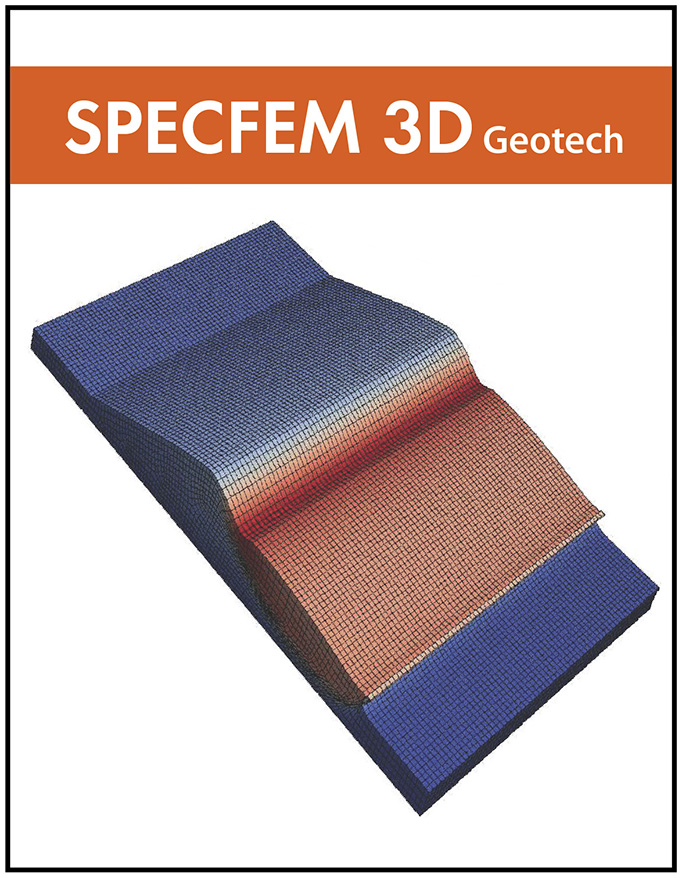 SPECFEM3D_GEOTECH is an open-source command-driven software for 3D slope stability analysis and simulation of 3D multistage excavation based on the spectral-element method.

SPECFEM3D_GEOTECH is a free and open-source command-driven software for 3D slope stability analysis (for more details see Gharti et al., 2012a) and simulation of 3D multistage excavation (for more details see Gharti et al., 2012b) based on the spectral-element method (e.g., Patera, 1984; Canuto et al., 1988; Seriani, 1994; Faccioli et al., 1997; Komatitsch and Vilotte, 1998; Komatitsch and Tromp, 1999; Peter et al., 2011). The slope stability and the excavation routines were originally started from the routines found in the book "Programming the finite element method" (Smith and Griffiths, 2004). The software can run on a single processor as well as multi-core machines or large clusters. It is written mainly in FORTRAN 90 and parallelized using MPI (Gropp et al., 1994; Pacheco, 1997) based on domain decomposition, the open-source graph partitioning library SCOTCH (Pellegrini and Roman, 1996) is used. The element-by-element preconditioned conjugate-gradient method (e.g., Hughes et al., 1983; Law, 1986; King and Sonnad, 1987; Barragy and Carey, 1988) is implemented to solve the linear equations. For elastoplastic failure, a Mohr-coulomb failure criterion is used with a viscoplastic strain method (Zienkiewicz and Cormeau, 1974).

This program does not automatically determine the factor of safety of slope stability. Simulations can be performed for a series of safety factors. After plotting the safety factor versus maximum displacement curve, one can determine the factor of safety of the given slope. Although the software is optimized for slope stability analysis and multistage excavation, other relevant simulations of quasistatic problems in solid (geo)mechanics can also be performed with this software.

The software currently does not include an inbuilt mesher. Existing tools, such as Gmsh (Geuzaine and Remacle, 2009), CUBIT (CUBIT, 2011), TrueGrid (Rainsberger, 2006), etc., can be used for hexahedral meshing, and the resulting mesh file can be converted to the input files required by SPECFEM3D_GEOTECH. Output data can be visualized and processed using the open-source visualization application ParaView.

This work was funded in part by the Research Council of Norway, and supported by industry partners BP, Statoil, and Total. Some of the routines were imported and modified from the Programming the nite element method (Smith and Griths, 2004) and the original SPECFEM3D package (e.g., Komatitsch and Vilotte, 1998; Komatitsch andTromp, 1999; Peter et al., 2011).

This resource belongs to the Seismology group.