You are here: Home / Resources / Software: Download / PyLith / About 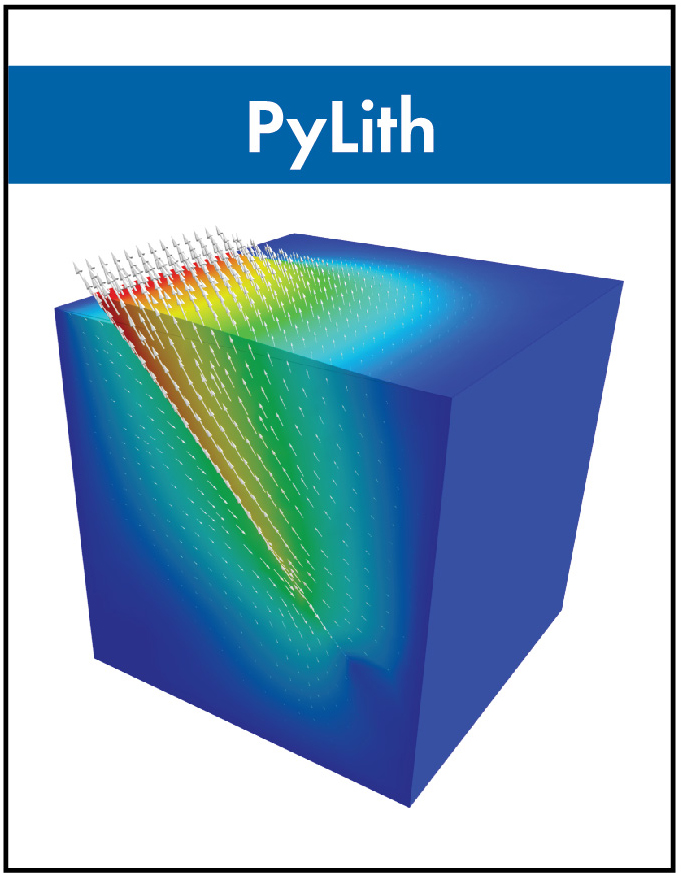 PyLith is a finite-element code for dynamic and quasistatic simulations of crustal deformation, primarily earthquakes and volcanoes.

Binary packages are available for macOS and Linux. Detailed installation instructions for the binary packages are in the PyLith manual. Use the PyLith Installer to install from source. We also offer a Docker image (see the PyLith Install Manual for instructions) for development or running PyLith within a portable, virtual Linux environment. Windows 10 users should install the Windows Subsystem for Linux and use the Linux x86_64 binary.

PyLith 3.0 includes major changes to the underlying finite-element formulation and implementation in order to support a more flexible specification of the governing equations and higher order basis functions. These changes affect how simulations are defined. Parameter files for previous versions will need to be updated; the changes are too complex for a simple translation table. Some features present in v2.2.2, such as spontaneous rupture and finite strain, have not yet been implemented in the new formulation.

This resource belongs to the Short-Term Crustal Dynamics group.